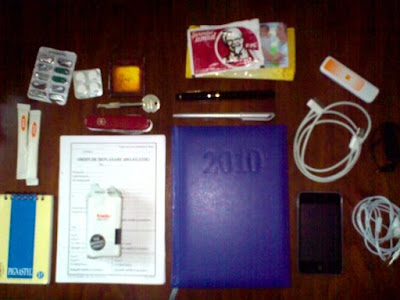 
Besides these items, sometimes I have in the external pockets a small umbrella, tissues and perhaps a 500ml bottle of water.
There you are: the gear of a modern day fremen. Stillsuit not included.
at April 16, 2010